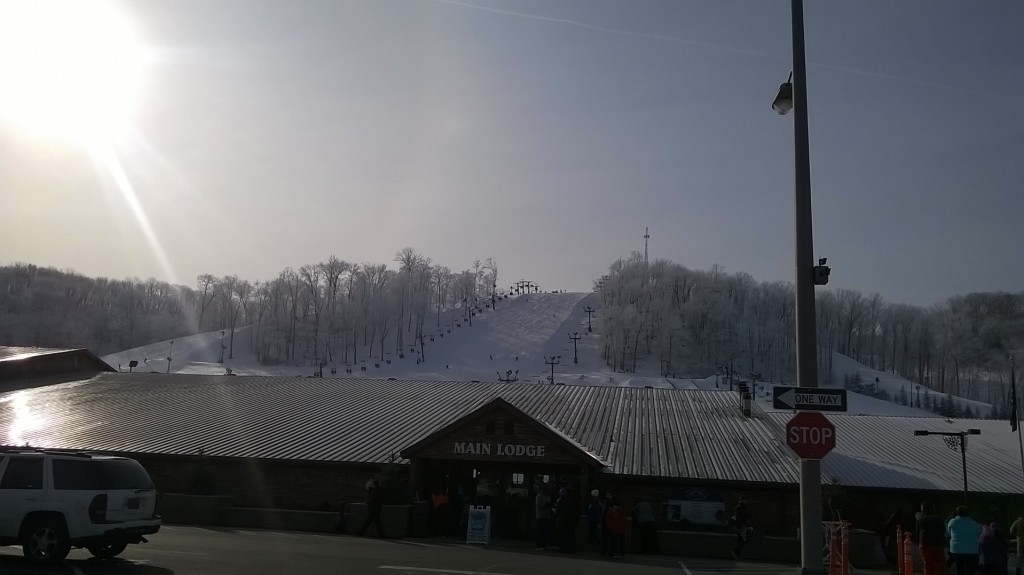 Growing up in the Midwest and being an avid snowboarding I know not to expect too much at the local ski resorts but I have been pleasantly surprised every time I have been to Perfect North. First off, Perfect North is an Indiana ski resort which right there doesn’t make much sense with Indiana being as flat as a pancake. Last year I went to Perfect North for the first time after record snowfall in Indiana and hit all the most difficult runs on my snowboard but this year I wanted to learn how to ski there and thought it would be the perfect place to try.

To start off with I went there on a day trip with a group of 9 friends and most had not skied or snowboarded ever. While heading to the line to get a lift ticket a lady stopped us and offered for us to join their group to get discount lift tickets. This was awesome as the price came out to $48 total for an 8 hour lift ticket and rental compared to the standard $47 for a lift ticket and $25 for rental. For future reference groups must register online before coming but can add any amount of people as long as their is a minimum of 15 people. After getting the tickets situated we headed to down to the basement of the lodge to pickup rentals and it was packed like any typical Midwest ski resort. I found a decent pair of ski boots and struggled to put them on as I am used to snowboard boots which are not only easy but relatively comfy.

Our group got separated so I headed out with just 2 of them to hop on the magic carpet that leads to the beginner chairlift, the green chair, to test skiing out for the first time since I was a little kid. Going down the small hill towards the green chair I managed to not fall or hit anyone. With most beginner chairlifts the lift lines are usually extremely long and this was no exception so my goal was to get my skills up enough to make it to the longer runs. It only took me 3 runs off the green chair until I made it down without falling! My next goal was the orange chair and to go down the run The Far Side which is a very gentle meandering blue on the backside. I had no troubles at all and honestly it is easier than runs off the green chair. The run reminds me of some of the runs off of Pintail Peak at Nubs Nob which are favorite in the Midwest. The line at the orange chair was also very long but it went much faster and you get a lot more vertical feet than the green left. One tip is to use the singles line as it goes a lot faster even if it is double in length than the group lines.

To get back to the main lodge for lunch I took the Hoyt Connection to Clyde’s Super Slide off to left of the orange chair. This is a harder blue than The Far Side as the top section is pretty steep and I managed to make it down without falling. Lunch at the lodge was mediocre at best but I was starving and the prices were cheap. I found some of my other friends and we headed back towards the orange lift and stayed their most of the afternoon. Another more advanced blue I tried later was The Meadow off of the blue chair which had no line at all. This is a short but a great blue to really practice on as the pitch is somewhat steep but consistent for the whole run. After finishing a couple runs off of the blue chair I called it a day and we headed back home. 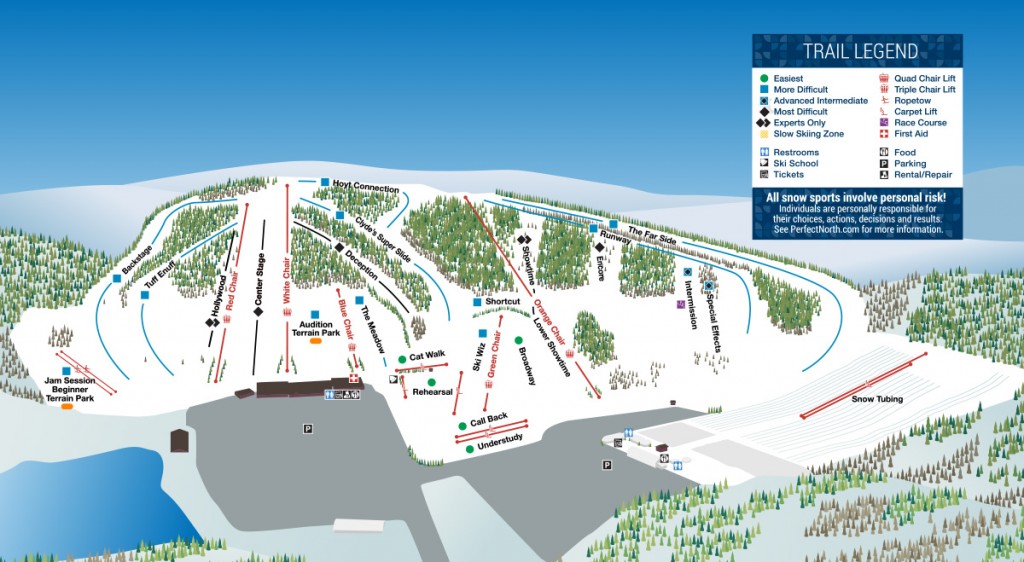 Overall I really enjoyed skiing and was really surprised I picked it up so easy especially compared to when I learned snowboarding. I will be trying skiing more often now and I really want to become an expert. In my brief skiing experiences I like it better than snowboarding for when you need more control like on moguls and is a more fun experience on flat runs. Snowboarding on the other hand is more fun to me for fast cruisers and powder runs. Now for Perfect North it has exceeded my expectations. I grew up near the gem of a bump called Mt. Brighton which is now hilariously owned by Vail Resorts and Perfect North is miles ahead in every aspect. While Perfect North’s facilities are not amazing they are more than sufficient, where it shined tho was on the quality of the ski runs with it’s decent 400 foot vertical drop. They have a varied range of difficulty of slopes that can satisfy nearly any skier or snowboarder. The left peak has the harder blue runs along with a couple well pitched black runs. The right peak has easier blues and some very steep short pitches off of the front side. There are no high speed chairlifts but I found the lifts to be fine. I plan on going back sometime soon to perfect my skiing abilities so I can go out west and go skiing! 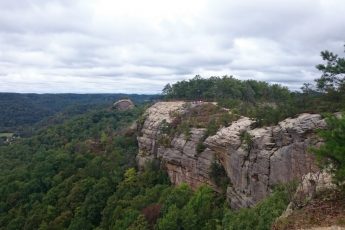