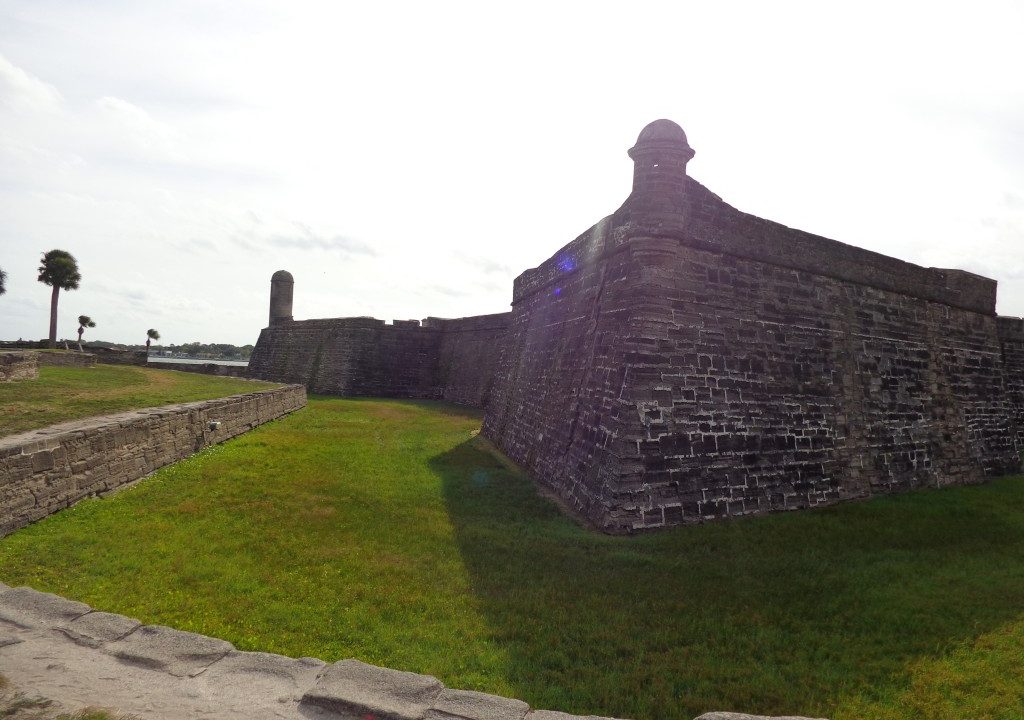 Jacksonville, Amelia Island, & St. Augustine All In One Weekend!? 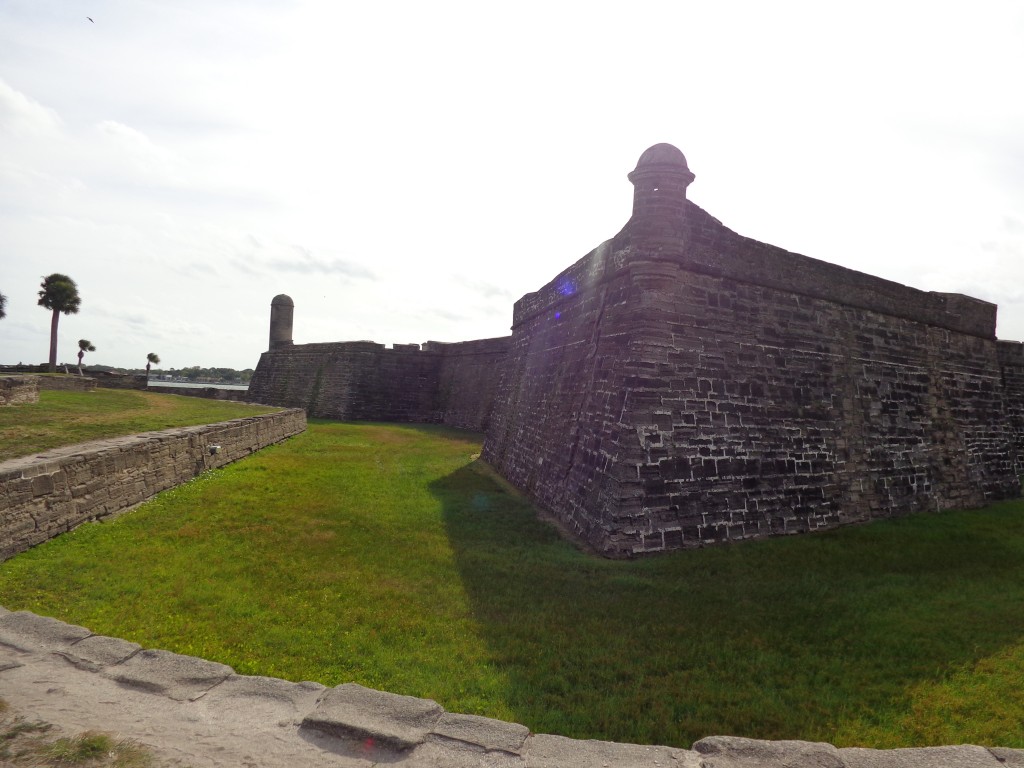 Just completed another crazy weekend celebrating another wedding but this time in Jacksonville! Somehow I also managed to go to Amelia Island and St. Augustine all within just a weekend. Taking a step back, Beth and I had back to back weddings planned, the first in San Diego and now this one in Jacksonville. Beth was lucky enough to have the whole week off, one of the perks of being a teacher, so she just flew directly from San Diego to Jacksonville. I flew straight into Jacksonville on the Friday before the wedding.

Getting flights there was a little tricky. I couldn’t find optimal flight times for my schedule and the price was little higher than I wanted, but I eventually booked a US Airways flight through Charlotte. What was kind of cool was that the flight was the final day of US Airways. Pretty fitting as the first time I earned airline status was on US Airways just a couple of years ago. Somehow I ended up getting one of my favorite seats too, 10A on both segments on an Airbus A319. It’s an exit row with no one in front of you… Really lucky that I got it as I have no status with them right now. Anyway the flights went fine despite having only a 42 minute connection in Charlotte.

Upon arriving I was really impressed with the Jacksonville airport, reminded me of my home airport Indianapolis. It has a simple layout with just two branches and seemed new too. I headed to the Hertz rental car pickup and really lucked out there… They gave me a brand new Hyundai Elantra. It literally had the 32 inspection card on the steering wheel still and whopping 7 miles! And the cherry on top… XM radio that I didn’t pay for! Forgot to mention that I was also targeted for 550 bonus Hertz point on the rental and I got it dirt cheap too. The 550 points will be good for some future car rentals. So off I went to Jacksonville for the rehearsal dinner in my new car!

The dinner was really nice and was able to catch up with a different set of friends from the last wedding. From there we headed to our hotel, Marriott’s Residence Inn Amelia Island… A decent 45 minute drive from the restaurant, but well worth it because the ceremony was set on the beach just 5 minutes from the hotel. The hotel was completely booked, but I snagged a pretty good rate somehow. I was kind of disappointed that we only had one night here because I really liked the hotel and it would be a nice place for a long beach retreat. Rooms had a kitchen and living room area with a separate bedroom. On the grounds there was a decent sized pool, putting green, and a nice looking outdoor fire pit. Only downside was breakfast was just mediocre if that and it was really packed, but they had plenty of seating. 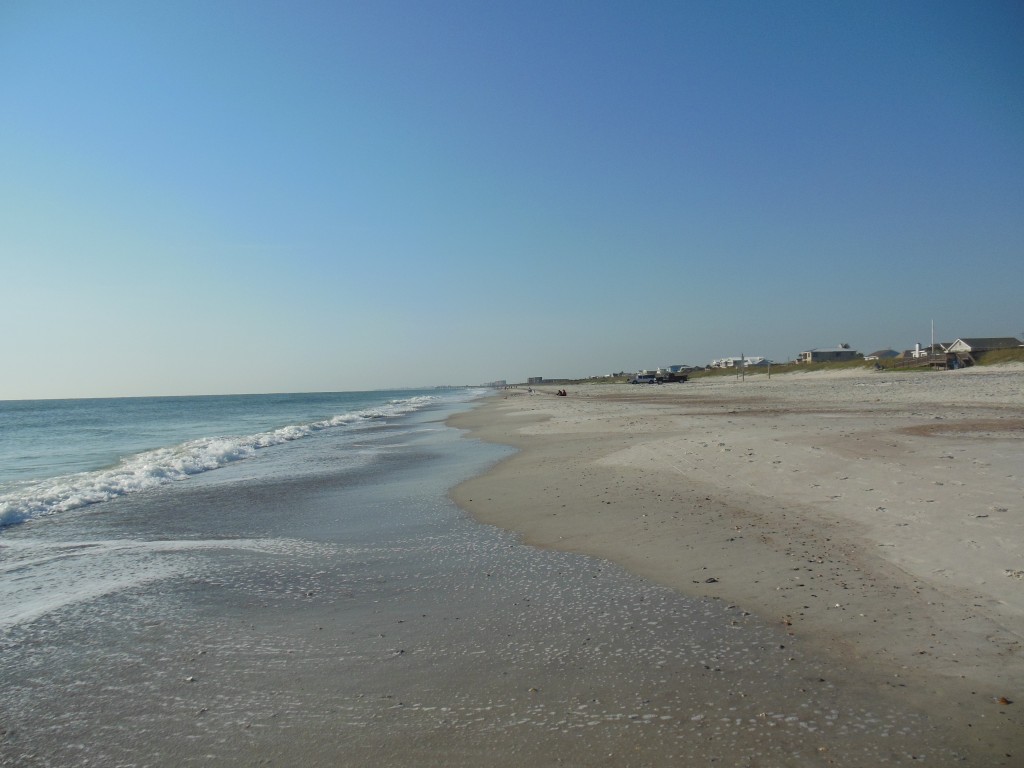 So that Saturday morning we took just a 5 minute walk and went to Fernandina Beach. Being from Indiana, the water felt warm and the sun amazing. Yes, we were those people who pretended it was summer and went right in. Some of the locals stopped by in their sweatshirts and said you guys must be from the north…. Well of course we are. After just a couple of hours of laying out we headed back to the room to get cleaned up for the wedding and to checkout. The ceremony was held just a couple minute drive down the beach at Peter’s Point. The ceremony couldn’t have been more beautiful. The setting was amazing and I am kinda jealous that Beth and I won’t have ours on the beach… Pretty hard to find one in Indiana.

After the ceremony it was off to Jacksonville where the reception was being held at a brewery. We helped setup for the arriving guests and of course the bride and groom. It was a fun filled night and a very unique venue. The food came from an amazing food truck and I have to say it was delicious! After the festivities we headed to our next hotel down in St. Augustine. It was about a 45 minute drive from the reception but well worth it.

We stayed at the DoubleTree St. Augustine and I was really impressed once again. I managed to get the room for 30,000 Hilton just a couple nights before. Luckily my San Diego trip earned me over half of those points as the rooms here in St. Augustine were going over $200. Too much for my tastes. The hotel was less than a mile walk from the historic area of St. Augustine with convenient sidewalks the whole way. The next morning we got up and received our complimentary breakfast buffet thanks to my Hilton Gold status. And wow, this breakfast was 100 times better than the DoubleTree in San Diego we stayed at the week before. First, there was more selection and the wait staff was much more attentive. Second, the quality of the food was so much better. I typically get the same thing for breakfast, potatoes, sausage, fruit, and yogurt and I was a happy camper. My fiance got an omelet and she also noted that it was significantly tastier than the last couple hotels. 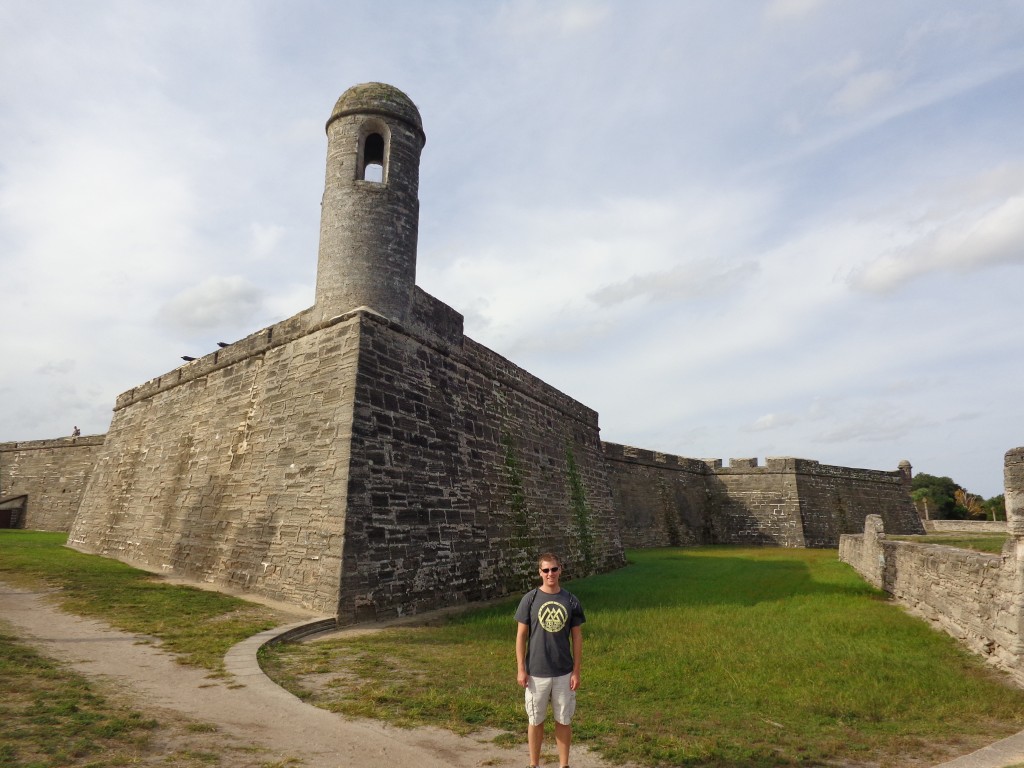 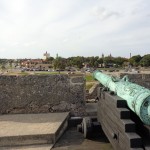 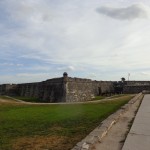 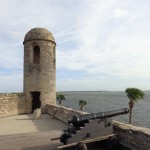 Off we went to explore St. Augustine our last stop on our travels for October. St. Augustine is the oldest continuously occupied European settlement in North America. I know what a title… But it really is an amazing historic city and it has been on my list to visit since I was a kid. We first explored the Castillo De San Marcos which reminded me so much of the forts in Old San Juan which we went to a couple years ago. Entrance fee was $10 per person, but I didn’t mind paying. You have to maintain national parks and monuments somehow!

After that we stumbled around the town which has a very European feel. Small streets, tons of flags, and limited vehicles. We just kind of aimlessly walked but found a couple of interesting shops. The first being the Coat of Arms Shoppe which has a massive book of last names. So why the names? To see if you have a coat of arms! And lo and behold my last name Griscom was on it. I had to go in… The store ended up showing me my family’s coat of arms. I was kind of disappointed with the way it looked but it was cool anyways. 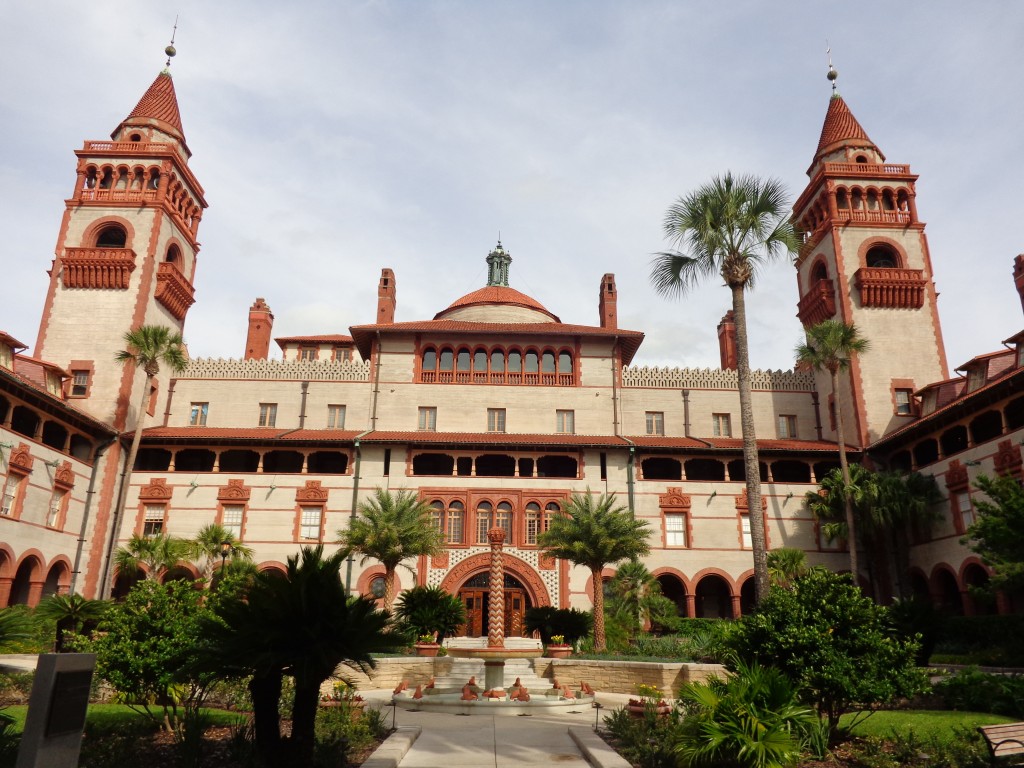 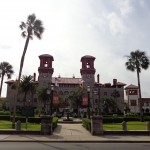 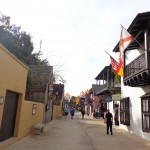 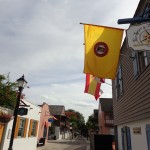 Then it was off to more exploring and we ran into Flagler College which is surprisingly beautiful. I don’t know anything about what they teach there but apparently it used to be a resort way back in the day. It still feels like a resort even today and I definitely chose the wrong school to go to ha-ha. Our final stop in St. Augustine was to get lunch and after much debate (there are a ton of yummy options) we settled on Casa Maya which was a great choice as they specialize in seafood and Latin American food.

It was nearing our time to head towards the Jacksonville Airport which is a little over an hour drive from St. Augustine. Our plan was to detour to the beach just north of St. Augustine and meet up with some friends but our plans were foiled as it was crazy windy and there was no beach to go to! The waves were every where and basically enveloped the beach leaving no where to lay. So instead we drove up to Jacksonville Beach and found it was just as windy but there was a festival. We are becoming really good at running into random festivals… This one was Oktoberfest with a focus on dogs?? They had a dog costume contests along with tons of stands with doggy treats. So many doggies and puppies everywhere! After that we finally headed to the airport and dropped the car off.

No troubles  at the airport and we made it home safe on our Southwest flights. It was a pretty intense weekend. I put over 200 miles on that brand new rental car. Overall, it was wonderful and would love to come back to the Jacksonville area and spend more time. Maybe when it is a little warmer too! 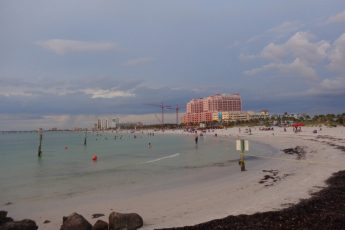 « Previous post
Here Are My Travel Goals, What Are Yours?
Next post »
A Trip to One of My Favorite Cities, San Diego!