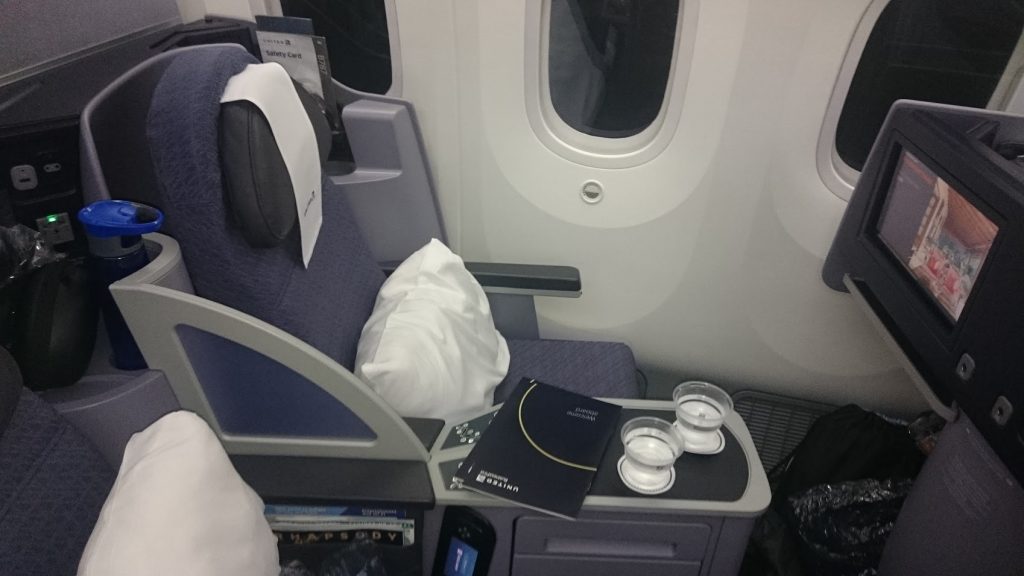 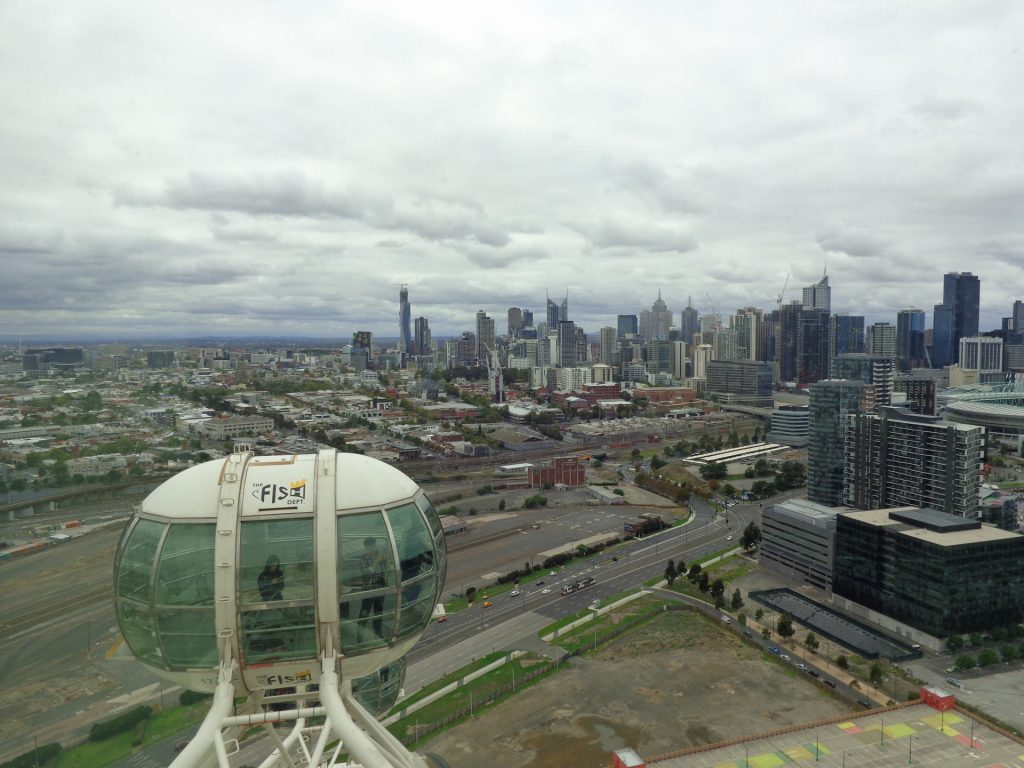 Beth and I just finished up our amazing trip to Australia and New Zealand! Our journey took us to Melbourne where Beth student taught at and made some wonderful friends. From there we tried driving on the left side on the amazing Great Ocean Road. On a final stint we hiked and explored Queenstown, New Zealand, the adventure capital of the world. We also somehow managed to squeeze in a night in Sydney and 5 hours in Wellington. More on our adventures in future posts but first I would like to detail out how we got there!

We were beyond excited for our trip as we have had the flights booked since last June! Now to level set. We really like to travel on the cheap and going to Australia and New Zealand was no different. But getting there isn’t cheap being so far away from hometown, Indianapolis. That is where my obsession with airline miles and credit card points came in handy! See how I am able to travel cheaply via miles!

For those already in the miles and points game know how difficult it can be to book an award ticket to Australia but I also wanted to tack on New Zealand without adding any more miles or buying a separate ticket. I happened to luck out as way back in June 2015 I found awards flights to Melbourne, Australia in March and coming back in April via Sydney on United. It’s crazy I found a flight and for the exact dates I wanted.

As for the cherry on top. Air New Zealand had award availability from Melbourne, Australia to Queenstown, New Zealand…. Freaking beautiful! Next I needed flights back to Sydney for the return flights. Found those from Queenstown too! Both Melbourne and Queenstown were the two places I really wanted to go to. 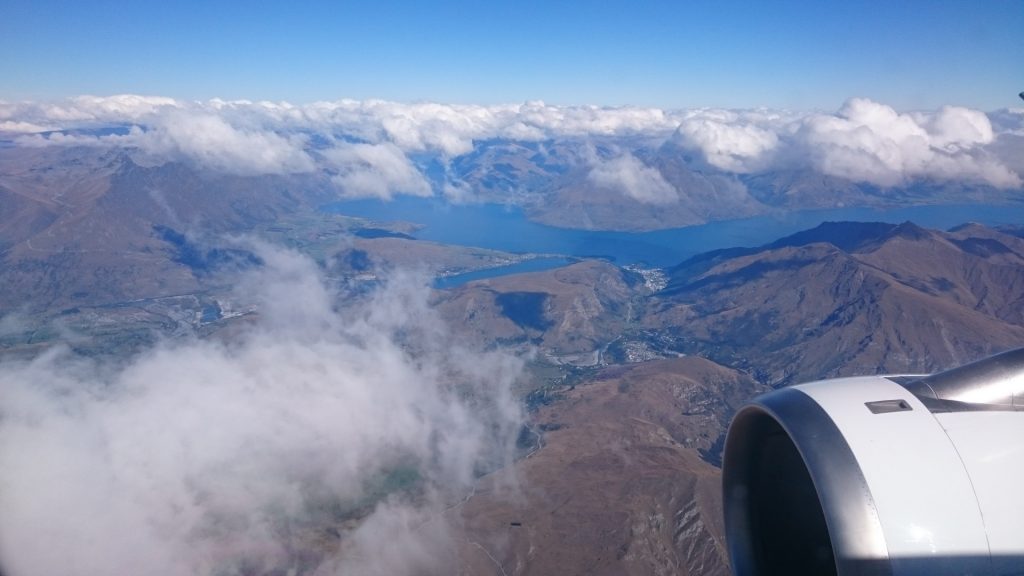 I also had the needed number of miles on United to get both Beth and I to Australia (160,000 miles in economy roundtrip on United). With United international awards you are allowed one stopover which means you can add a stop in any city in addition to your destination. In this case Melbourne was the destination and Queenstown my stopover. To book this complex award I had to call in to United as it would not let me book the entire itinerary despite being perfectly legal based on their routing rules. Before calling I booked most of the segments online, but the computer system wouldn’t take the segments from Queenstown to Sydney. Also check online for award space prior to calling, because some agents are great at finding space and others are not. It helps to have the flight numbers handy for the space you find. It took the agent a while to add the segments but it worked!

We were beyond excited! 160,000 miles plus ~$300 in taxes for both of us to go to both Australia and New Zealand! Amazing! Flights typically range in the $1500 – $1800, so a huge savings. Without the miles the trip would not have been affordable for us.

Now fast forward to just a couple days before our flight…

I had been monitoring award space for all our flights. I was just looking for some better flight times namely for our flights on Air New Zealand. Was really hoping that they would open up space from Auckland to really anywhere in North America for the dates I needed but that didn’t happen.

But… Instead I noticed United opened space for business class on our outbound Los Angeles (LAX) to Melbourne (MEL) with just about 48 hours until our flight was scheduled to depart. The flight is one of the longest flights in the world clocking in over 15 hours going to Australia. Needless to say I wasn’t looking forward to this flight in economy especially after having to take two flights prior just to get to Los Angles from Indianapolis. So I decided to splurge and treat ourselves. When else will I being to going to Australia? So why not!

Now the tricky part to book the award. My United account had a whopping zero miles after booking the original economy flights but I had 44k Chase Ultimate Rewards (UR) points in my accounts. One of the best part of Ultimate Rewards is the ability to directly transfer some airline and hotel partners. The transfer is typically instantaneous which I needed it to be with only 48 hours until departure.

One issue however is I needed a total of 60k United miles to upgrade both of economy awards to business class (this was only for the outbound). I only had 44k… Now Beth, my fiancee also has Chase credit cards that earn Ultimate Rewards. You can transfer points to only yourself or one authorized user. Here comes issue number two. I was not an authorized user on her account or vice versa… I had planned on making each other authorized users but I had not done it yet. Well, it happens you can add a user online and they instantly become a transfer option!!! Really glad that worked or else our business class trip would not be possible.

So with the Chase accounts setup with my United info I called in to change my class of service. I made sure to confirm the award space over the phone before transferring our points. Once confirmed I transferred the points and they were instantly available. The agent was able to book the award but when I went to check-in the next day I had some issues… The United agent didn’t book it correctly but the new agent fixed it but it was after a long wait and after being hung up by one agent… Oh and they transferred me to an American Airlines agent… Wasn’t too happy about that but it got resolved and even got a $75 voucher which also covered $100 change fee for changing the class of service. In total I paid ~$300 taxes, $100 for the change fee, earned $75 in United travel vouchers, and used 220,000 United miles for two people to go to Australia in business class, stop in New Zealand, and return back to the United States in economy. To put it in perspective, business class at the low end to Australia runs $6,000 roundtrip per person. Economy class at the low end for this time of the year runs  $1,500 roundtrip per person. So splitting the difference because we did half in business and half in economy equates to $3,750 per person if we were to pay all in cash. That puts the value of my award redemption at a solid 3.26 cpm, a great value and a huge savings in money!

Now onto the flights! Our incoming flight into Los Angeles got delayed but thankfully they held the flight. We boarded the flight at 10:45 PM which had a departure time of 10:40 PM. So thank you United for holding the flight! We hopped right on and took our United Business First seats in row 8. No need to get into the details too much. Many bloggers have the specifics of pretty much every business and first class covered already.

Needless to say both Beth and I really enjoyed business class. I had worked that day and we already were in transit for about 7 hours with connections so it was relief and really made the travels much easier. We stayed up for the first 4ish hours on the flight while they served dinner. Food was great by my standards and the sundae at the end was delicious. We both stayed up as late as we could to try and adjust to the Australian time. We got about 8 hours of pretty good sleep. Still woke up occasionally but it was way more comfortable than trying to sit up and sleep.

After sleeping more than half the flight it was time for breakfast which wasn’t bad and was served with less than 2 hours left on the flight. We arrived in Melbourne a little late but our friends were waiting for us at the airport. It really was worth it for the 15 hour flight not only for the comfort of flying but I think it helped with the jetlag significantly. We really didn’t have much of an issue of adjusting to the massive time zone change. Helped us really hit the ground running with our friends and adventures in Melbourne!

I will delve into the rest of my trip on later posts but I really liked our decision to do business class to Australia from the USA and economy back to the USA. This way we split the difference and having business class going there really helped us rest up and maximize our time on our trip. Economy on the back wasn’t as bad as I thought it was going to be either. Most the flights from Australia to the USA leave in the morning Australia time. So you are going to be wide awake anyway and it was okay being exhausted back at home. When I go back to Australia or New Zealand I would do it the same way.

More to come about our time in Australia and New Zealand, stay tuned… 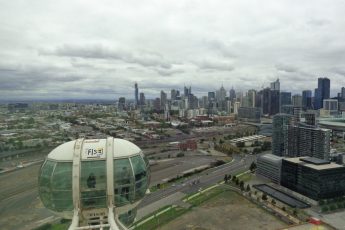 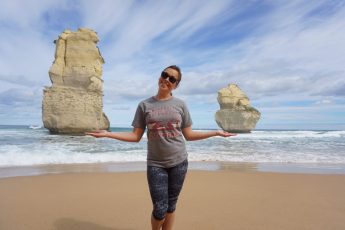 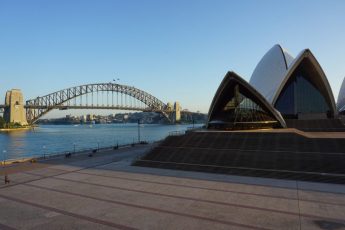 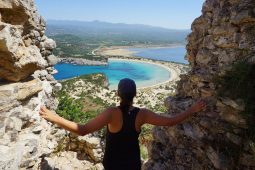 Voidokilia Beach, A Greek Postcard Worthy of a Hike 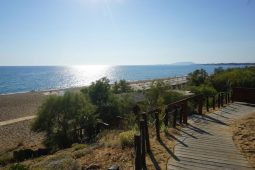 Our Stay at the Westin Costa Navarino in Greece

May the fourth be with you and your snowboard. Gre

Really enjoyed chilling along a river in #colorado

Spruce had way too much fun at the dog park! He is

@winterparkresort thanks for waiting for me to ope

Great fall hike near Winter Park with our pup Spru