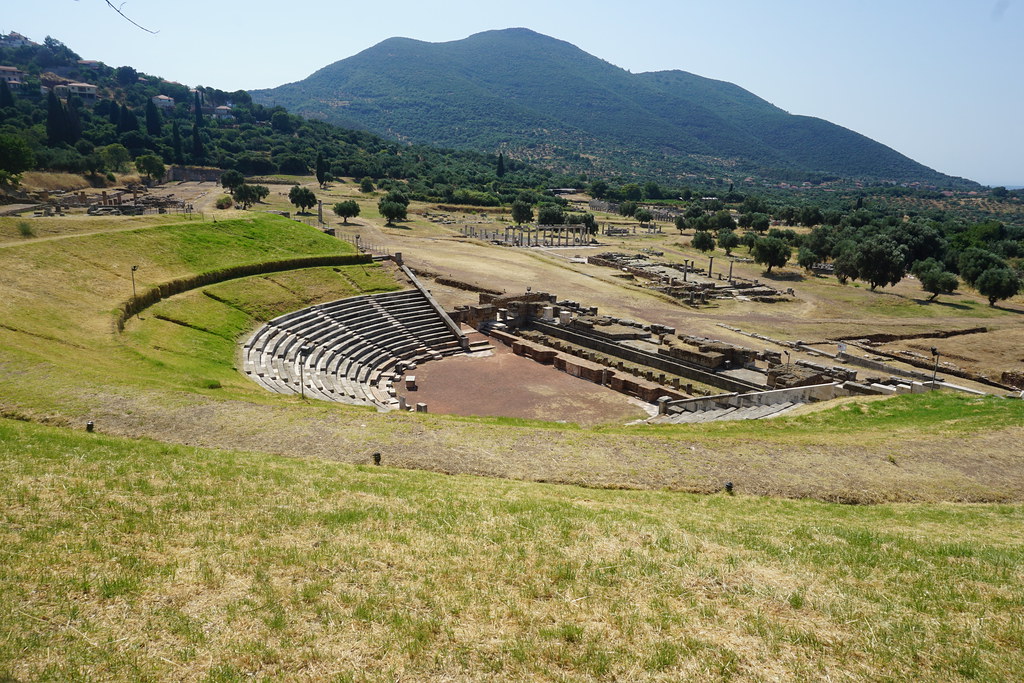 Greece is known for having some of the most famous and incredible ruins anywhere in the world. Many people know about the Acropolis, Delphi, Olympia, and Sparta but not many people know about ancient Messene. Ancient Messene sits on the Peloponnese near Kalamata and is definitely worth the small detour. Despite not being well known, Messene is one of the more impressive ruins in all of Greece. Messene was built in 369 BC and was one of the most prominent cities at the time. The ruins are extremely well preserved as it is one of the few places where the city was not destroyed or built over.

The far distance from Athens makes this historical site not crowded at all. We were two of maybe 30 people in the entire city! Yes, the site is the size of a small city and does require some walking. The entrance to the ruins at Messene sits below a more modern small village and has a very low fee to enter. From the top of the modern village you get a great view of the entire ruins and has a couple of great restaurants. Nearby to the ruins is a small museum with some statues and other items excavated from the site.