In October, Beth and I decided to do a long weekend trip to Puerto Vallarta. This was Beth’s fall break and it was a perfect excuse for a beach vacation. We stayed 4 nights at the Sheraton Bunganvillas near downtown Puerto Vallarta. A full review on that hotel later but we loved our stay there. While our main purpose was to be beach bums, we had one hike on our itinerary which from Boca de Tomatlan to Las Animas beach, picture above!

We had just finished up the first part of our honeymoon relaxing in Punta Cana and what better way to end our time in the Caribbean than by flying to Europe than in Air Berlin’s business class!

Our first stop on our honeymoon was to the Westin Punta Cana which was perfect for relaxation after celebrating our wedding day just a couple days earlier. From Punta Cana we started our second part of the honeymoon as we flew to Rome, Italy via Air Berlin through Dusseldorf. Thanks to my obsession with airline miles I was able to get the business class flights for free! Just costing 50,000 American Airlines miles per person for the one way to Europe. Air Berlin and American Airlines are both part of  Oneworld airline alliance making it possible to book each others flights. It was totally worth it for the business class seats over economy seats on the nearly 9 hour flight!

Prior to boarding the flight from Punta Cana (PUJ) to Dusseldorf (DUS) we checked out the VIP Lounge in terminal B. This is available for holders of Priority Pass, Lounge Club, or for certain airlines when flying business class. Sorry for the lack of pictures! It was not an impressive lounge but it was nice being out of the main terminal area which was really busy. The food consisted of yogurts, breads, fruits, and some small sandwiches. Nothing to get really excited about but better than nothing!

Heading down to our gate it was nice to see the huge Airbus A330-200 which would take across the Atlantic. Boarding was done on the tarmac which is always fun for an airline enthusiast like me. Both the front and aft doors were used for boarding. 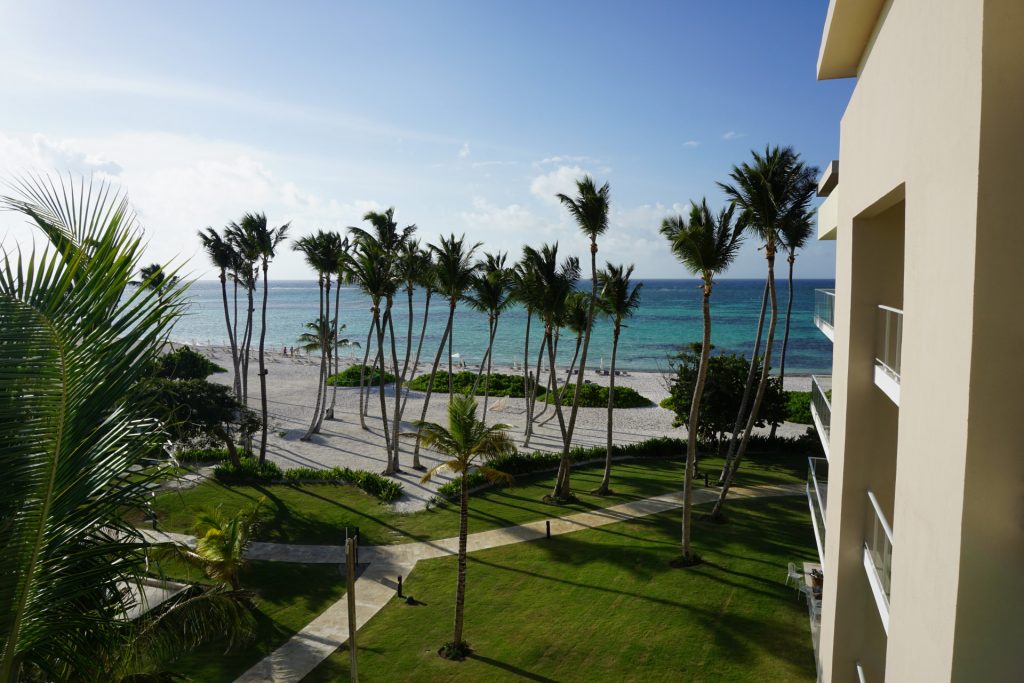 For the first part of our nearly month long honeymoon we flew south from Indianapolis to the incredibly beautiful and peaceful Westin Punta Cana in the Dominican Republic. We just wrapped up celebrating our wedding day a couple days before so we were looking for pure relaxation and the Westin did not disappoint. We nearly had the entire resort to ourselves! It was off-season in June but we had amazing weather the entire time. Also no car was required, further reducing stress thanks to the free shuttle that goes to the Punta Cana Village, Ecological Park, and some other restaurants. Remember we booked this resort on points, only 10,000 points per night plus the fifth night for free for a total of 40,000 Starwood points. This was our first stay on our nearly month long honeymoon thanks to airline miles and hotel points!

To start we arranged a shuttle pick up from the hotel from the airport. It was a steep $20 for the 10 minute ride but there is no way around it. Taxis are expensive in Punta Cana to begin with and I estimated that the taxi fare would be about the same anyway. The driver was there promptly within 5 minutes from when we landed and we scooted our way to the resort.

Upon checking in to the hotel they noted we had been upgraded to a room with a better view thanks to my Starwood gold status. No mention by the front desk worker of our honeymoon but not a big deal. Our room was on the highest floor (4th) near the end of the southern wing. Nearly all the rooms have a balcony that face inward towards the pool but ours also was on jut in the building so it also faced the Caribbean sea. Absolutely beautiful. Beth and I just finished up celebrating our wedding day with our loving family and friends just a couple days ago and we have now embarked on our 24 day honeymoon visiting the Dominican Republic, Italy, and Croatia! Before we get to our honeymoon a special thanks to all of our friends and family who support us and made our wedding day a truly amazing day.

As for our honeymoon many of our friends did not really understand how we can an afford such a long honeymoon across the world, let alone why we chose those three locations, Dominican Republic, Italy, and Croatia. Haha. A combination of relaxation, exploration, and culturalization! Well thanks to my airline miles and points hobby we are able to stay at places we could not afford and fly nearly anywhere in the world for free. For this trip nearly all the flights are free minus some taxes and fees and we are flying business class to Europe! On the accommodation side of things, all hotels are free thanks to points minus some Airbnbs that we are staying at in Italy. We still got a great deal on those thanks to the Airbnb Amex offer a couple months ago. 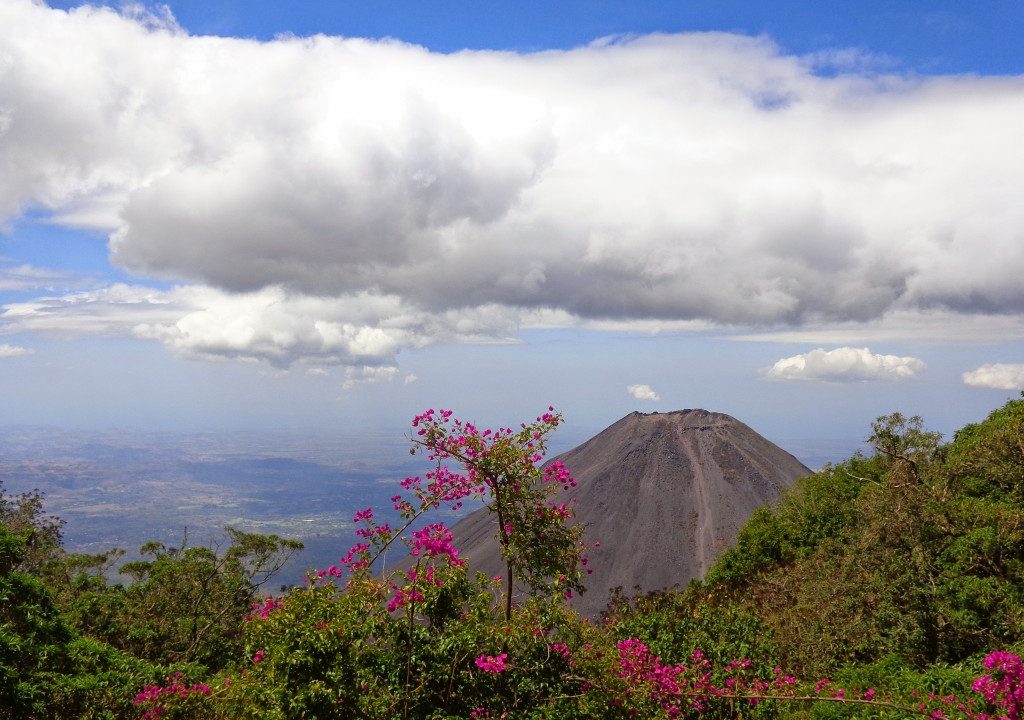 The final part of our week long adventure in Central America was to the surprisingly beautiful El Salvador! While most people don’t know anything about El Salvador and if they do it usually because of the possible dangers there… Well I have to admit I was a little apprehensive spending two nights in San Salvador but I am so glad we did as it was my favorite part of the whole trip! We enjoyed delicious pupusas and hiked up the beautiful Santa Ana Volcano (also know as Ilamatepec).